Sometimes, it can be difficult to translate a movie title into another language. There’re lots of things you have to keep in mind: you might come across a catch-phrase, a set expression or a reference that people from a different country or culture simply wouldn’t understand. That’s why translators have to be careful, and translating a movie title word by word can often be misleading.

So to get a perfect title, a translator must have a good understanding of both cultures. 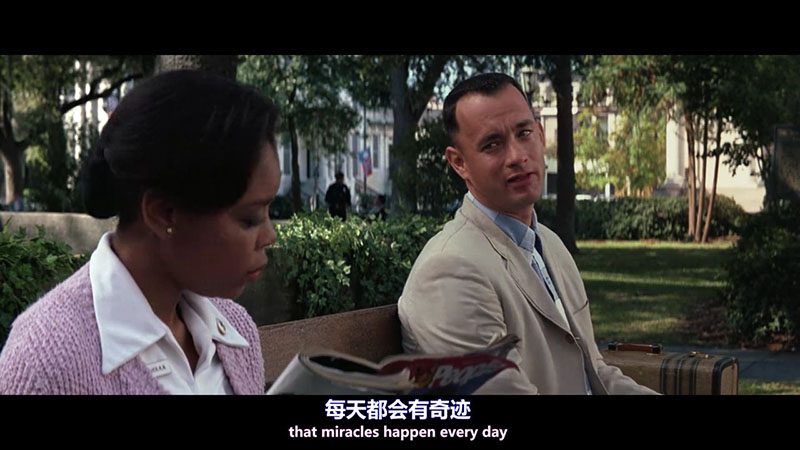 The literal name for this movie would be《福雷斯特–甘普》(Fúléisītè Gānpǔ). But the official title《阿甘正传》(Ā Gān Zhèngzhuàn) refers to 《阿Q正传》(Ā Kiu Zhèngzhuàn), or The True Story of Ah Q, an influential 1921 novella by Lu Xun, 鲁迅 (Lǔ Xùn). The story tells us about the adventures of Ah Q, a man from the rural peasant class with little education and no definite occupation. So the Chinese translators decided to make a little wordplay to attract the audience by using a reference to such a popular classical story.

The fact that the word 阿甘 (Ā Gān) was used  instead of 阿Q (Ā Q) is not a coincidence. The character 甘 on its own means “to be willing to”, so it very much suits Forrest’s simple-minded, innocent nature.

But besides that, the two stories are very similar, too. The story of Forest Gump is partly true and partly false. There’re so many historical events happening in the background, that you almost truly believe that Forest shook hand with the President or took part in a ping-pong competition. So is the Ah Q’s story.

In short, this is an example of the translators doing a great job. They could’ve just translated the title and the name literally – but instead, they chose to make the title more catchy, lively, and relatable to Chinese audience, to attract more people to watch this Western masterpiece. 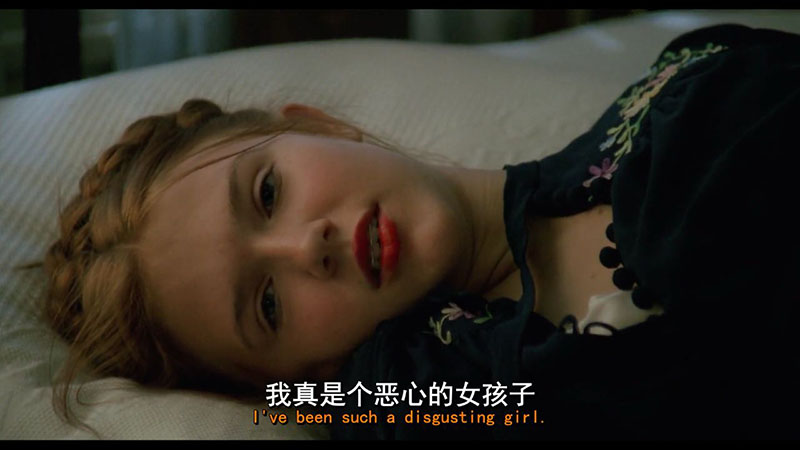 Nabokov’s famous book “Lolita” was adapted twice. In 1962, the film version starring James Mason still inherited the original name of the book,《洛丽塔》(Luòlìtǎ). But in 1997, the translation of the movie version starring Jeremy Irons was suddenly changed into 《一树梨花压海棠》(Yī Shù Líhuā Yā Hǎitáng, “Crab-Apple Overshadowed by Pear White”), what really means “to be married to a woman many years younger than oneself”. This is another example of an amazing translation work. Not only because it reveals what this story is about. 一树梨花压海棠 (yī shù líhuā yā hǎitáng) is a line from the poem 《戏赠张先 》(Xì Zèng Zhāngxiān, “For Zhang Xian and His Young Bride”) by Su Shi, 苏轼 (Sū Shì) . The legend says that Zhang Xian, a poet from the Northern Song Dynasty, was a good friend of Su Shi. When he was eighty years old, he married a 18-year-old girl. After hearing about this, Su Shi made a poem to tease Zhang Xian.

The bridegroom is eighty and eighteen the bride;

White hair and rosy face vie side by side.

The pair of love birds lie in bed at night, 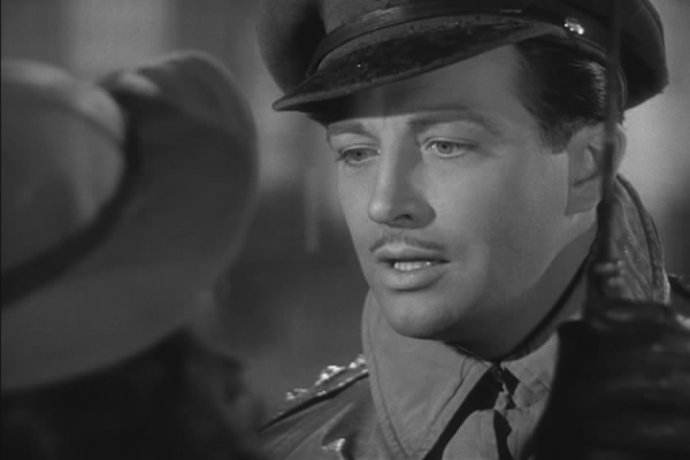 The beautiful love story of Waterloo Bridge has had an influence on many generations. As an early dubbed film, it was aired on TV in China for a long time.

The Chinese dubbing made by Liu Guangning and Qiao Wei feels so natural, it makes a great contribution to the movie. So does the translation of the title.

The original name, Waterloo Bridge (which is a bridge across the river Thames in central London) could be translated as 滑铁卢桥 (Huátiělú Qiáo).  It is the place where Vivien and Robert Taylor met and fell in love. This bridge plays an important role in their destiny. But the name Waterloo Bridge give no hint about the love story in the movie, so the title was not very appealing to the viewers who were unfamiliar with the original story.

So Chinese translators did a really good job. They changed the title into 魂断蓝桥 Húnduàn Lánqiáo, which appeals to the famous Chinese legend of 蓝桥相会 (Lán Qiáo Xiānghuì, “Meeting by the Blue Bridge”). It tells the story of a Tang-dynasty era student, who met a girl at the Blue Bridge. He fell in love at first sight, and then went through various tests to finally prove his love towards her. Chinese translators borrowed the name “Blue Bridge” to make a reference to this legend. 魂断 (hún huàn) means “to be overwhelmed with sorrow or joy”. So that the translation is not only beautiful, but also memorable and appeals to Chinese culture.

Top Gun tells the story of a US Navy pilot starring Tom Cruise. The word “top gun” is used to refer to a highly skilled person (ability, rank, or prestige). The story happens in the US Navy Fighter Weapons School, an institution that develops and provides graduate-level strike-fighter tactics – which is not very appealing or relatable to Chinese people.

That is why the translators decided to use a metaphor, 壮志凌云 (Zhuàngzhì Língyún), to help illustrate the pride and enthusiasm with which the protagonist flies the sky. The phrase 壮志凌云 (zhuàngzhì língyún) can be translated as “great ambitions take you above the clouds”, and also has a figurative meaning “to be fearless and high-hearted”. It refers to the nature of the main hero, and helps the title tell more about the story itself. 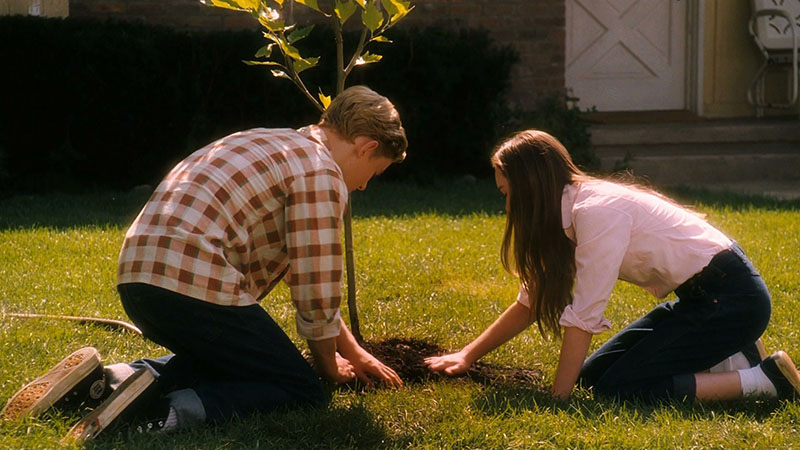 The original English name “Flipped”, although just one word, is full of meaning. It refers to change, and appeals to the feelings of the male and female protagonists changing throughout the movie. It also means “to be highly excited”, “to lose one’s head”. The little girl, Julie, said: “The first day I met Bryce Loski, I flipped”, what means that when she first saw the little boy Bryce, he was fascinated by him.

There’s no equivalent to this word with so many meanings in Chinese language, so the translator just used one meaning – “to lose one’s head” – and changed it into a Chinese idiom 怦然心动 (pēng rán xīndòng), which means “to feel a rush of excitement”.

Did you enjoy the way Chinese translators changed the titles? Which one is your favourite?

Or do you prefer when movies are translated literally?

[If you’ve enjoyed this post, take a look at another one – Mandarin Chinese in Western Movies!]

[And if you prefer TV Shows, we have a post about them as well – Mandarin Chinese in Western TV Shows. Check it out!]