Journey to the West: Introduction 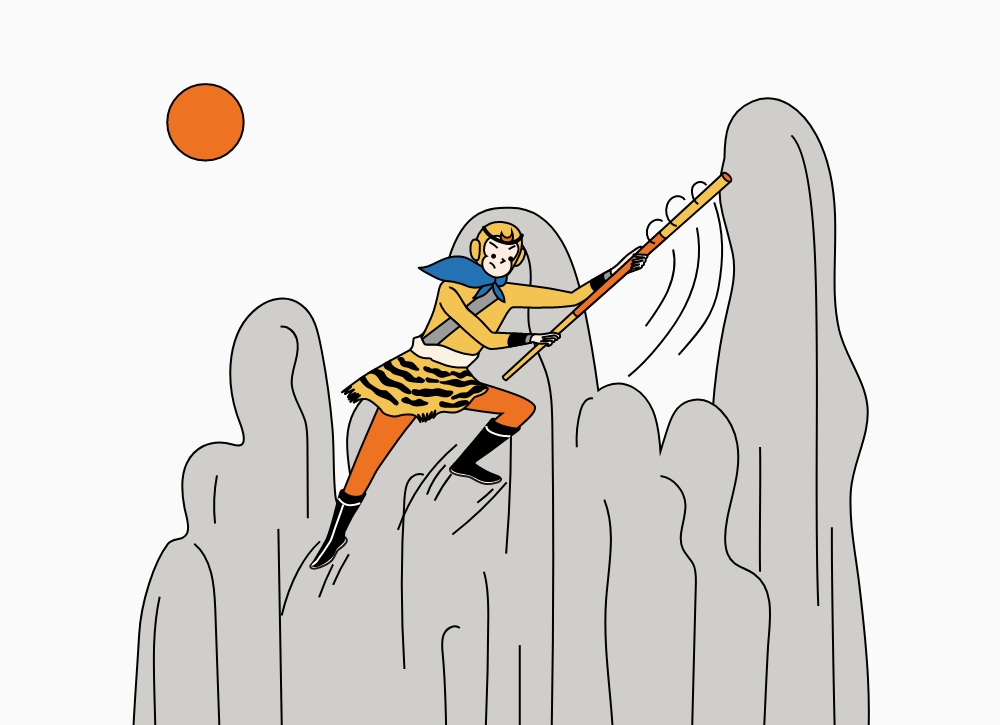 As a Chinese learner, at some point in your learning journey, you will definitely learn about Journey to the West — a book known and loved by Chinese native speakers. But since it’s a very long book, and we live in busy times… very few Chinese learners actually find the time to read it.

To spark your interest, our guest author Jeff Pepper from Imagin8 Press has shared a brief introduction of the book.

TIP: Scroll the the bottom of the article to discover links to a version of the book written for English-speaking students of Chinese!

Q: What is Journey to the West about?

Journey to the West (西游记, Xīyóu Jì), is a Chinese novel written in the 16th century by Wu Cheng’en (吴承恩, Wú Chéng’ēn).

It is probably the most famous and best-loved novel in China and is considered one of the four great classical novels of Chinese literature. Its place in Chinese literature is roughly comparable to Homer’s epic poem The Odyssey in Western literature. Wikipedia sums up the book’s role perfectly, saying, “Enduringly popular, the tale is at once a comic adventure story, a humorous satire of Chinese bureaucracy, a spring of spiritual insight, and an extended allegory in which the group of pilgrims journeys towards enlightenment by the power and virtue of cooperation.”

Q: Is Journey to the West based on a real story?

The novel’s storyline is loosely based on an actual journey by a Buddhist monk also called Xuanzang who traveled from the city of Chang’an (today’s Xi’an) westward to India in 629 A.D. and returned 17 years later with priceless knowledge and texts of Buddhism.

Q: In short, what is Journey to the West about?

A long time ago, in a magical version of ancient China, the great Tang Empire is ruled by an emperor named Taizong. Due to a mixup involving the wrongful execution of a dragon king, Taizong falls ill, dies, and is dragged down to the underworld. There he comes face to face with the Ten Kings of the Underworld, survives a harrowing journey through hell, and finally escapes with the help of a deceased courtier.

When Taizong returns to the human world he is a changed man. He decides to send a monk to the Western Heaven (that is, India), to visit the Buddha, obtain holy scriptures, and bring them back to the people of the Tang Empire. This task is nearly impossible, requiring the crossing of thousands of miles of wild and dangerous territory. With guidance from the bodhisattva Guanyin, the emperor selects a young monk named Xuanzang.

Xuanzang is a brilliant young man but has a complicated history. In an earlier lifetime centuries before, he was a student of the Buddha but was careless in his studies. Expelled from the Buddha’s temple, he spent the next ten lifetimes meditating and acquiring merit. As an infant in his current lifetime he is nearly killed by bandits, placed in a floating basket by his widowed mother and sent downriver, rescued by a monk, and raised in a monastery. At age eighteen he learns his true history, and goes off to avenge his father’s death.

Later he is chosen by Taizong to undertake the epic journey to the west. Now called Tangseng (“monk from Tang”), he faces a near-impossible task: he must cross hundreds of mountains and thousands of rivers, and survive encounters with a horrifying series of bandits, monsters, demons, ghosts, evil kings, scheming monks, false Buddhas, and much more. 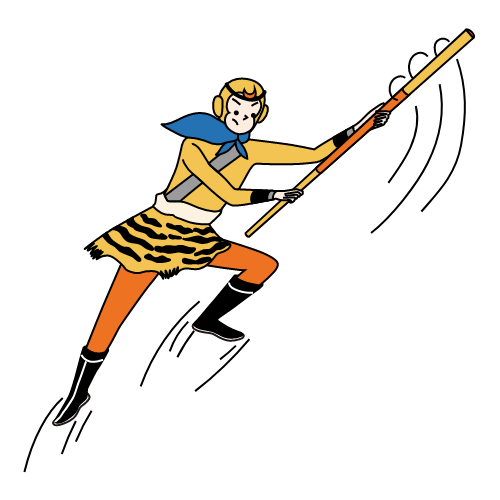 Q: How about the Monkey King and other famous characters?

Tangseng could never survive the journey on his own. Fortunately he acquires three powerful but deeply flawed disciples.

First is the monkey king Sun Wukong (孙悟空, Sūn Wùkōng, his name means “ape awakened to the void”), who he frees from a 500-year imprisonment under a mountain in punishment for creating havoc in heaven.

Second is Zhu Bajie (猪八戒, Zhū Bājiè, “pig of the eight prohibitions”), a gluttonous pig-man who is constantly fighting, and often succumbing to, his desires for food, sex and comfort.

All three have been converted to Buddhism by the monk, but they often slip back into their bad habits and cause Tangseng a great deal of trouble. Fortunately they all have great magical powers which come in handy for battling demons and monsters, and saving Tangseng from all sorts of trouble.

The story of this journey is described in this epic novel. 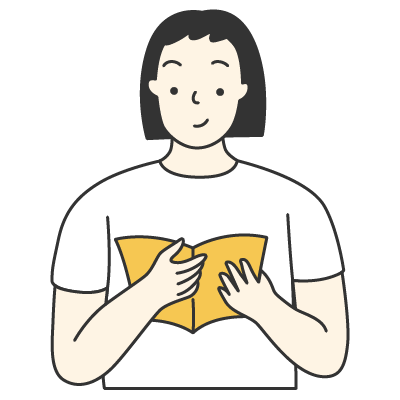 Q: How long is the original book?

The original Journey to the West is a very long book. It contains 100 chapters and is 588,000 Chinese characters long. It uses a very large vocabulary of 4,500 different words, over 90% of which are not included in HSK Levels 1-6, making it quite difficult for most non-native Chinese speakers to read.

The novel is also available in English translation, the best one being by the scholar Dr. Anthony Yu. His version fills four volumes and runs over 2,300 pages.

Q: Is the book suitable for Chinese beginners?

Fortunately for people learning to read Chinese, there is now another way to read this book. My writing partner Xiao Hui Wang and I have spent the last five years writing a series of 31 books that retell the Journey to the West story in language that is accessible to anyone learning to read Chinese at the HSK 3 level. The stories in these books are told in a way that matches the original as closely as possible, but because they are graded readers they are much easier to read. The first book, Rise of the Monkey King, is relatively short and uses just 512 Chinese words. Each book adds more new words and slightly increases the length of the story and complexity of the writing, leading step by step to the longest and most challenging book, Book 31, The Final Trial. All told, the entire series uses about 2,200 different Chinese words excluding proper nouns.

Fortunately, the original novel is not written as a single continuous story, but is broken up into more or less standalone episodes, each one between one and four chapters in length. This makes it possible to read and enjoy any of the 31 graded readers without having to read the ones that came before it.

Each book is written in Simplified Chinese. The books include pinyin, English translation, and a glossary. Free audio versions of each book are available free of charge on YouTube.

Q: Where can I get these books?

A list of all 31 books in the series, along with short descriptions and links to the Amazon product pages and free YouTube audiobooks, can be found on the Imagin8 Press home page, www.imagin8press.com. 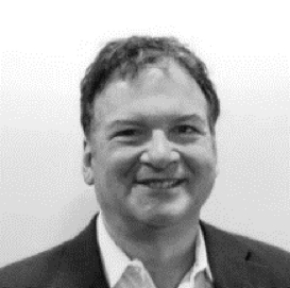 Jeff Pepper (jeff@imagin8press.com) is President and CEO of Imagin8 Press, and has written dozens of books about Chinese language and culture.

Over his thirty-five year career he has founded and led several successful computer software firms, including one that became a publicly traded company. He’s authored two software related books and has been awarded three U.S. patents.

The Best Tool to Learn MandarinChinese learning has become extremely popular around the world. One of the reasons why so many people are willing to learn Chinese is that China’s rapid economic growth offers numerous job opportunities to people from different...

Business in Chinese and Chinese Culture

China is among the leading economic giants in the world. Moreover, the economic, political and social stability coupled with favorable government policies and numerous growth opportunities make it an ideal market for international expansion. However, doing business in... 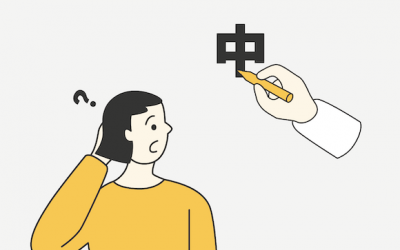 How Is Social Media Slang Changing the Formal Use of Chinese Language?

Internet culture has created new words that people sometimes use online. This is the case both for the English-language side of the World Wide Web and for any other corner of it – including the Chinese Internet. Users have been creating new slang words that are...