For the past two weeks, we’ve been exploring Mandarin Chinese spoken by actors and actresses in Western TV Shows. Some of them turned out to speak Chinese really well! So today, we’re going to turn to movies – and explore Mandarin Chinese in Western movies.

Mandarin Chinese in ‘The Day the Earth Stood Still’

The Day the Earth Stood Still (地球停转之日 Dìqiú Tíngzhuǎn Zhī Rì) is a 2008 American science fiction thriller film, a loose adaptation of the 1951 film of the same name.It’s a story of an alien who arrived to our planet with a warning: if wars and destruction do not stop, planet Earth will be destroyed, as it poses a threat to the rest of the Universe. The cast was impressive: Keanu Reeves, Jennifer Connelly, Kathy Bates.

There is a part in which Keanu Reeves (Klaatu) meets with an old Chinese man (Mr. Wu, another alien) and they speak Chinese. Let’s see what they are talking about:

Keanu tries very hard to say his lines right. His tones are good, and the pronunciation ain’t bad overall. It was still a bit hard for Chinese audience to understand what he said, but Keanu put a lot of effort into it! So despite the accent, we believe his Chinese is really good.

Some might think he is just good at learning and remembering his lines; but Keanu Reeves actually has some Chinese ancestry. According to his own words: “My grandmother is Chinese and Hawaiian so I was around Chinese art, furniture, and cuisine when I was growing up.”. That means, he’d really had some experience speaking Chinese before. Good job, Keanu! 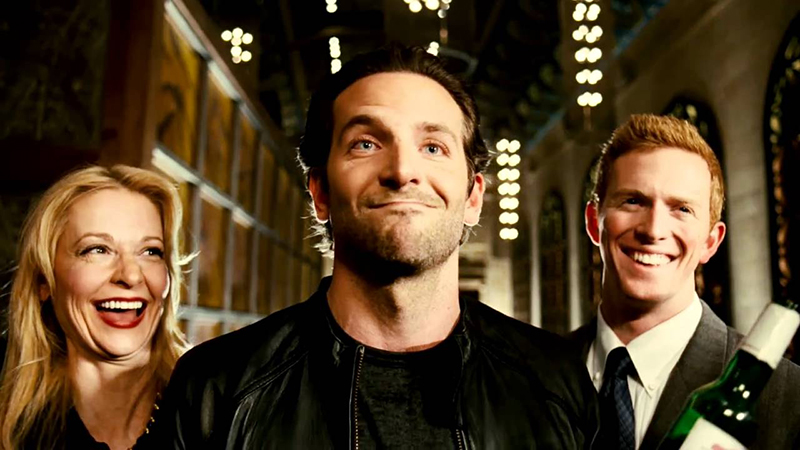 Limitless (永无止境 Yǒng wú zhǐ jìng) is a 2011 American science fiction thriller, directed by Neil Burger. The plot is simple: Eddie Morra is a struggling author who lives in New York City. His girlfriend Lindy, frustrated with the lack of progress over his book contract, breaks up with him. Eddie encounters Vernon, the brother of his ex-wife Melissa, who gives Eddie a sample of a new drug called NZT-48. Then, the movie stars to turn into something like “Lucy”, but without Scarlett Johansson.

There is a scene in which the main character, Eddie Morra (Bradley Cooper) meets Lindy at a Chinese restaurant, where he orders lunch in fluent Mandarin. He speaks it in a proud and show-off manner, obviously wanting to surprise Lindy. Yet only he thinks that he speaks Chinese well. Or if he speaks it at all. Let’s go through the whole Chinese dialog with the waiter here and see what is Eddie trying to say. (And I have to tell you that in is almost impossible without subtitles. He’s trying to order sweet chicken):

It planned to be a joke in Mandarin. And it is really funny, if you say the whole joke properly. Not in our case. The whole joke is built on Chinese pronunciation. The thing is that these words “msg” and “scarf” have the same pronunciation but different tones: wèijīng for msg, and wéijīn for scarf.

The waiter jokes that a scarf (instead of msg, what Cooper really means) would protect his clothes whilst eating the lobster. Cooper says that it wouldn’t protect his dirty hands. See the difference? It can work out only if you know how to say it properly. The joke was lost here. Even more, this scene has two jokes! The other one is Cooper’s mentioning his “dirty hands”, which obviously has a figurative meaning. But this joke can’t work because the expression “dirty hands” don’t have this figurative meaning in Chinese. Adding the awful Cooper’s Chinese pronunciation, we get an epic fail! And that’s a pity for such a good movie.

Of course, the Chinese audience couldn’t understand a word Eddie Morra said in this scene. They couldn’t help laughing. We are sure that Bradley Cooper put a lot of effort into this movie, but when it comes to his Chinese skills – he hasn’t really succeeded. 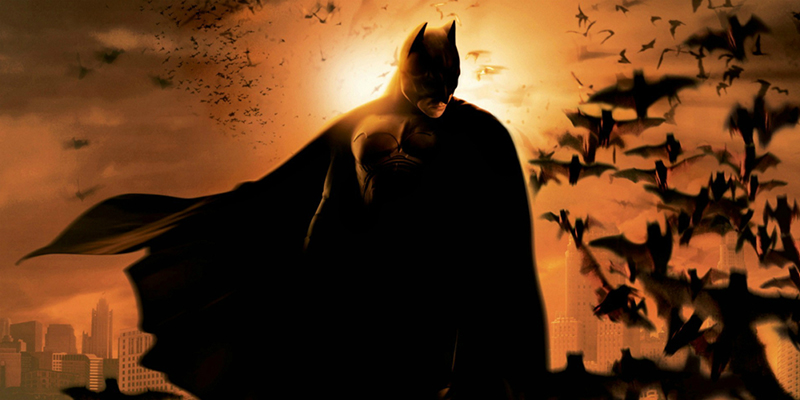 Batman Begins (《蝙蝠侠：侠影之谜》Biānfúxiá: Xiá yǐng zhī mí) is a 2005 superhero movie based on DC Comics Character Batman, directed by Christopher Nolan. This movie explores the origins of the Batman legend and the Dark Knight’s emergence in Gotham.

There’s only one scene in which Bruce Wayne (Christian Bale) speaks Chinese. It’s just a short phrase, which he said to the policemen when they found him:

It’s really short, so perhaps it would be unfair to test Christian Bale’s Chinese skills based on it. But we must say – he said it perfectly well! The pronunciation, the tones and the intonation are all good. Good job, Christian Bale! Maybe someday, Batman will speak more Chinese on the big screen.

What movies have we missed?