Ever tried asking for something in a store, and received something completely different? Tried to express yourself only to be given blank stares? Many Chinese learners find it quite hard to improve their listening comprehension. One of the main reasons behind it is that many Chinese words sound similar to each other, which to a certain extent hampers their understanding. An effective way to tackle this problem is to have a clear idea of how the words are pronounced and get yourself familiar with the use of them in different contexts according to their meanings. In this article, we will take a look at five pairs of commonly-used Chinese words with similar pronunciations.

There is no difference as to how they are spelled in terms of their pinyin, and the only thing that needs to be paid attention to is their tones. The first character买 (mǎi) has the third tone and it means “to buy”, whereas the second character卖 (mài) is pronounced in the fourth tone, and the meaning of this character is “to sell”. In spite of the similarity in pronunciation between these two words, “报纸 (bàozhǐ), meaning newspaper” is pronounced in a different way from “包子 (bāozi), which means steamed buns” in terms of the second character. 纸 (zhǐ) in “报纸 (bàozhǐ)” should be pronounced with a tongue-rolling sound, which is not necessary when it comes to the pronunciation of子 (zǐ) in “包子 (bāozi)”. Therefore, be careful with how you pronounce them when you are in a shop as you wouldn’t be able to get what you want if you make a mistake. 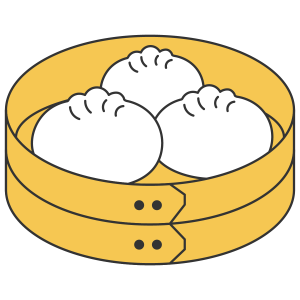 One interesting thing about these two words is that the second character “为” is pronounced in different tones (2nd tone and 4th tone respectively). It’s common in the Chinese language that one character is pronounced in two or even three different ways depending on the word. In this particular case, “以为 (yǐ wéi)” means “to think wrongly”, and “因为 (yīn wèi)” means “because”. 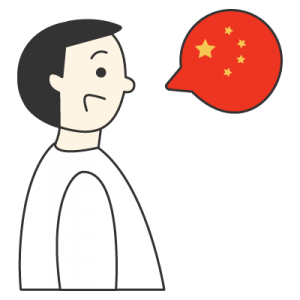 You might put yourself in an awkward situation if you fail to pronounce these two words precisely, so pay extra attention to these Chinese words with similar pronunciations. When pronouncing the character in the fourth tone, “问 (wèn)” means “to ask”, and it is usually followed by a question. However, changing the pronunciation to the third tone will “equip” it with a completely different meaning, which is “to kiss” (吻 (wěn)). Thank you for reading! We hope you learned more about Chinese words with similar pronunciations! If you’d like to find out some more about the peculiarities of the Chinese language, check out our other post on Chinese words that may cause confusion! We’ll link it for you, here: