The times are changing – and so is the Chinese society. One Chinese artist tried to express what modern social labels in China look like. We already had a look at it two weeks ago in the post Social Labels 2.0, Part One.

Description: They are crazy about working overtime, and extremely excited and energetic in their spare time (literally, “injecting chicken blood”).

Cause of decease: They work with all their might to make money; at the same time, they are afraid they won’t be able to enjoy having it.

“Taking care of health for 5 minutes; working overtime for 10 minutes”

“On Saturdays, they do health treatment for the whole body; on Sundays, they fly to Hong Kong for HPV vaccination”

“Eating congee to fill up the stomach, and goji berries to get rid of anxiety” 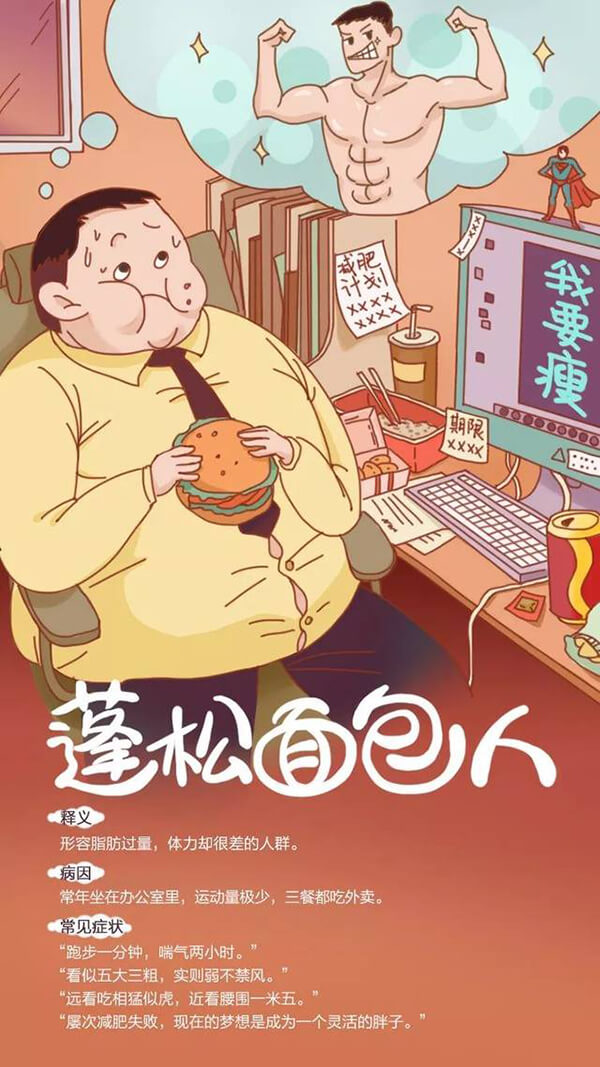 Description: They have excess fat and have poor physical strength.

Cause of decease: They sit in the office all year round; the amount of exercise they take is very small, and all their meals are take-outs.

“Run for one minute – take a breather for two hours”

“Seem to be tall and strong, but the truth is that they are too weak to stand a gust of wind (too fragile)”

“If you watch them eating from far away, it seems they are eating like a tiger, but if you look closer, their waist is one meter five”

Description: Insomnia patients who always count the sheep till the middle of the night.

Cause of decease: They always worry about work and family, think too much about life, and can’t sleep at night.

“Feel sleepy all day long, feel awake as soon as the night comes”

“Distressed about their car loan and home loan being too expensive, dreaming that their children pass all the exams”

“Other children are good at everything, and their own children’s are so incapable they it makes them question their existence” 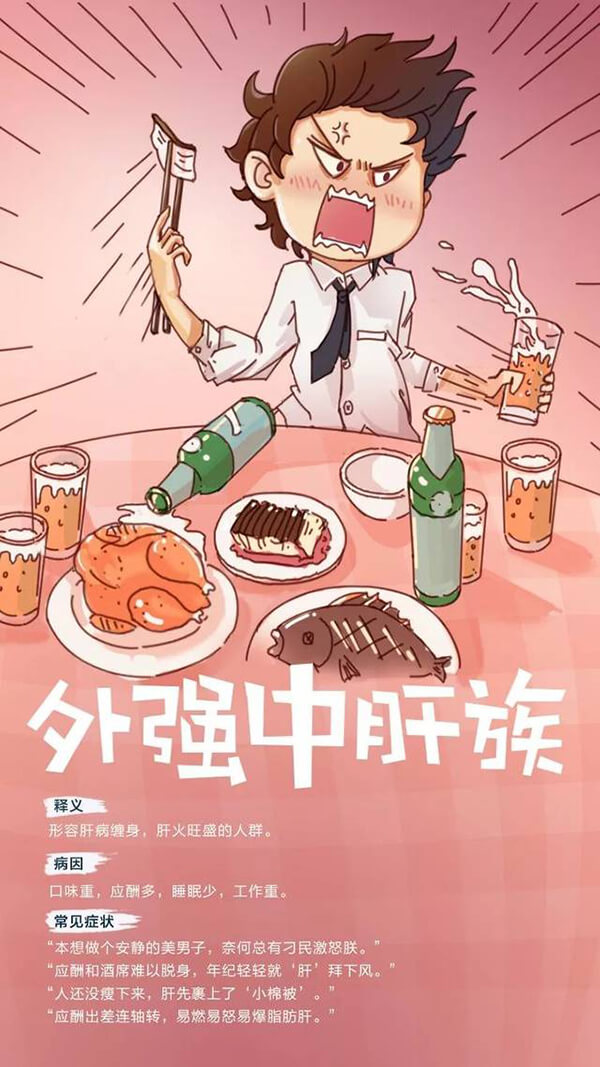 *Editor’s note: This name derived from an expression 外强中干 wàiqiángzhōnggān, which means “strong in appearance but weak in reality”. The liver (肝) and the word “weak” (干) have exactly the same pronunciation, that’s why it’s so hard to translate the word play properly.

Description: They are thin and have a liver disorder; the liver fire (肝火gānhuǒ also means “rage”) they have is vigorous.

Cause of decease: They’ve got the taste for over-flavored food, plenty of entertainment and dinner parties, but get little sleep and a lot of work.

“They want to stay calm, but sooner or later someone annoys them”

“It’s hard to get rid of dinner parties and feasts; they are still young, but their liver already says “goodbye’”

‘They aren’t too skinny yet, but the “liver” is already wrapping a “little cotton quilt””

“Dinner parties and business trips make them work around the clock; that makes them prone to ager and leads to a fatty liver” 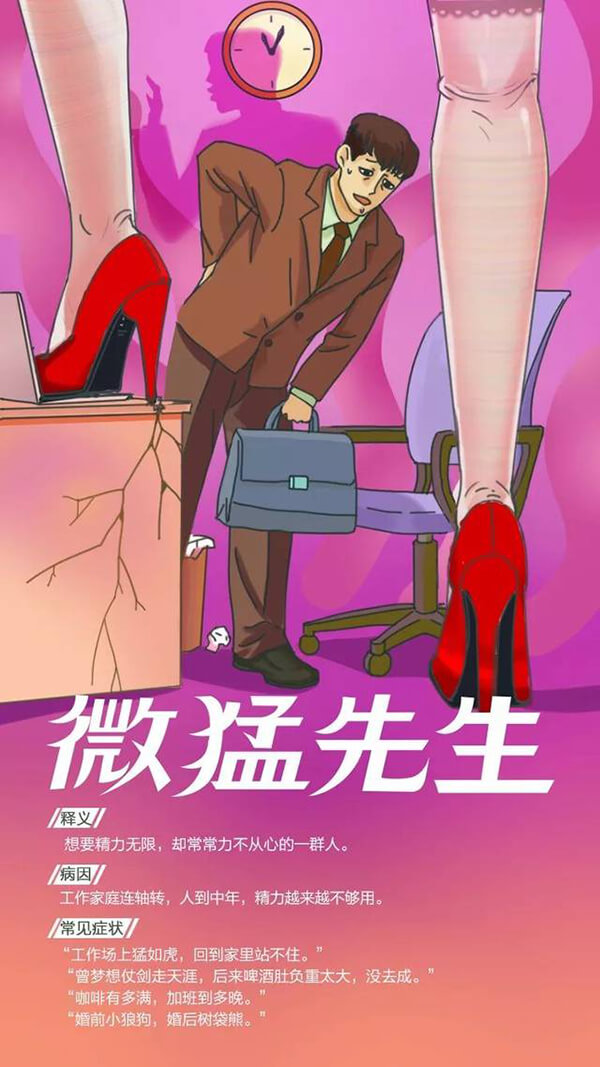 Description: They wish to have unlimited energy – but it often turns out that their abilities fall short of their wishes.

Cause of decease: They work non-stop between the office and family; turning middle-age, they realize that they have less and less energy.

“They work as fierce as a tiger; as soon as they get home, they don’t have a leg to stand on”

“They once dreamed of taking the sword and going to the very edge of the world; later it tuned out that the beer belly is too heavy to carry it that far”

Have you recognized yourself or your friends in these labels?